5 Infamous Digital Marketing Mistakes (And How to Avoid Them) 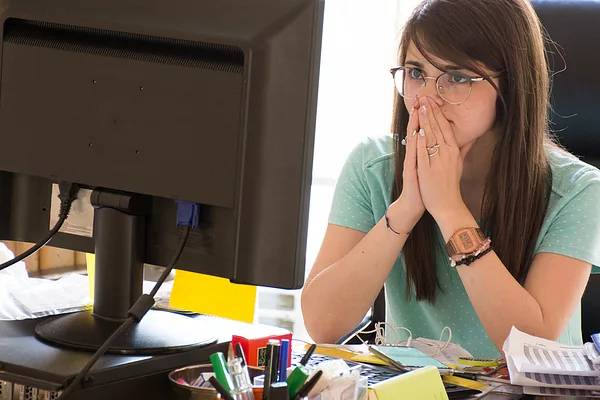 Everyone makes mistakes at work sometimes – it’s just part of being human. Unfortunately, when you work for a multi-million-pound corporation with hundreds of thousands of social media followers, those mistakes are more visible than most. Here are some of the most infamous digital marketing fails over the past decade and how to avoid similar PR nightmares.

1. Warburtons links itself to the furry community

Grown adults dressed as furry animals probably isn’t the first thing that springs to mind when you envisage Warburtons crumpets, but the wholesome bakery firm had an embarrassing mishap in 2017 after launching a competition using the hashtag #crumpetcreations. The contest encouraged fans to upload a picture of a festive crumpet of their own design; unfortunately when one participant decided to browse the hashtag to see what she was up against she discovered that it was also used by a company that makes costumes for furries, revealing some ‘disturbing’ photos and videos. “The world of social media is a wonderful and varied place, but this shows just how easy it is to get it wrong!” a Warburtons spokesperson later commented.

How to avoid: Do a bit of hashtag research before you launch a social media campaign.

Working with influencers can be an effective marketing strategy, especially if your target audience is active on social media platforms that lend themselves to promotional posts. But if companies use brand ambassadors that aren’t a natural fit for their product, the campaign looks forced and cringey, as Bootea Shake found to its cost in 2016 after a failed partnership with Keeping up with the Kardashians personality Scott Disick. Disick reposted the company’s suggested ad copy verbatim, leaving in the directions about when to post it. User comments were predictably negative.

How to avoid: Be careful who you partner with and make sure they’re a natural fit for your brand. Consumers can always spot a fake sponsored ad.

Every CEO wants to be on page 1 of Google, but there are ethical and not-so-ethical ways of going about it. In 2011, online retailer Overstock.com used one of the not-so-ethical SEO tactics and was severely penalised by Google. Offering colleges and universities discounts in exchange for placing links to their site on .edu web pages, the retailer artificially inflated its search rankings – a big no-no in Google’s book. When the scheme was discovered, the search engine hit Overstock with a huge penalty, costing them a 5% drop in revenue.

How to avoid: Don’t use cheap digital marketing companies that offer black hat SEO tactics or make promises that sound too good to be true.

Attempting to capitalise on the politically charged mood throughout the western world in 2017, Pepsi released an infamous advert featuring Kendall Jenner resolving a tense demonstration between protesters and police using a can of soda. The ad was a catastrophic fail, with many perceiving it as trivialising genuine social issues to make a profit. Pepsi quickly pulled the commercial and issued an apology, but the PR damage was done.

How to avoid: Steer clear of controversial issues unless your brand is passionately committed to one and can project an authentic stance.

5. Walkers gets Gary Lineker to clutch photos of serial killers

You’d think after the Boaty McBoatface fiasco, companies would be wary of letting their online community participate in anything that wasn’t closely monitored, but apparently some big brands still have to learn the hard way. Within hours of launching the “Walkers Wave” contest, in which users were asked to respond to a tweet from the Walkers Crisps Twitter account with a selfie and the #WalkersWave hashtag for the chance to win Champions League tickets, brand ambassador Gary Lineker had been pictured clutching photos of serial killers, paedophiles, and disgraced celebrities. The automated posting function was quickly disabled, and red-faced marketing executives offered an apology to the general public.

How to avoid: Never give social media users free rein on any of your company accounts.

For expert digital marketing advice from a company that only uses white hat SEO strategies, contact HookedOnMedia. We are a Google Partner with more than 30 years’ online marketing experience.