HookedOn Gets The Adrenaline Pumping 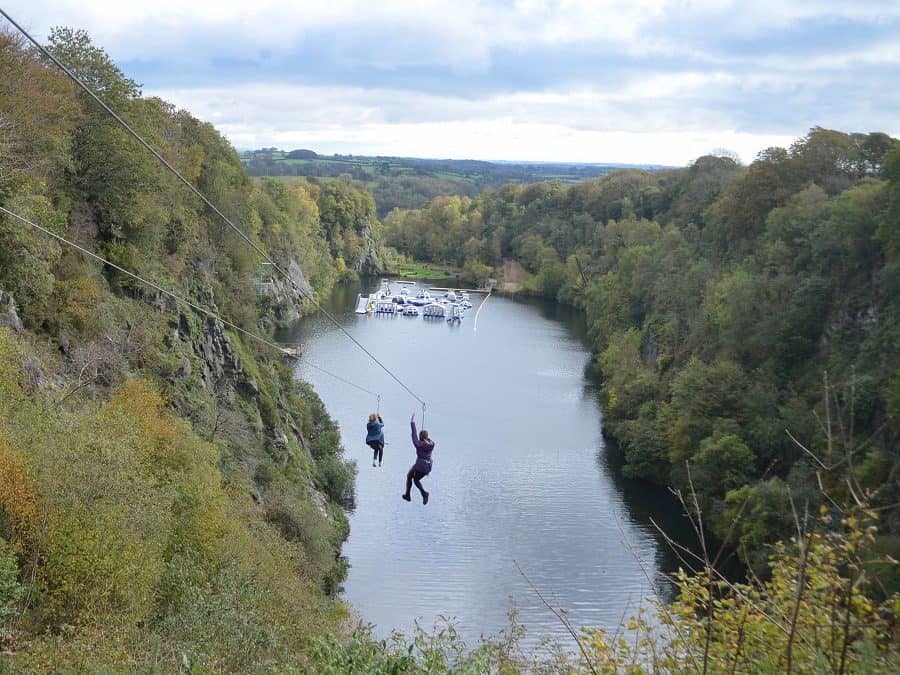 We are lucky enough to have Adrenalin Quarry near Liskeard as a client so when the opportunity for a team day out arose, the location was a no-brainer. With office activity levels rarely rising above the occasional stroll over to the kettle, we mentally prepared ourselves for an action-packed day away from our computer screens. In retrospect we probably shouldn’t have scoured the AQ website for videos of people throwing themselves off cliffs or watched the ‘Horrorcam’ from the Giant Swing – by the time we pulled into the car park at the top of a very steep hill, we were all slightly apprehensive about what was to come. Luckily, we had Nikki’s twin sons Jack and Charlie with us, ready to shame anyone on the verge of chickening out by displaying no fear whatsoever.

First up was the Giant Swing. Here’s what AQ has to say about it:

“The winch pulls you up slowly enough to realise that this is not a good idea. There are a few seconds of dreadful, lonely waiting, punctuated, if you are lucky, with insults from previously helpful staff. It doesn’t matter who you go up there with, you’re on your own. Then the most horrible, sickening drop.

You’re momentarily weightless, then accelerating through double gravity as you level out at the bottom.

Just when you think ‘I’m going to live’ you head up and out over the cliff edge, 160 feet above the lake. At this point it just gets worse as you become weightless again and plunge backwards towards the cliff. Some people want another go, but not many.”

Let’s just say that I screamed quite a bit. Stewart and Shaun on the other hand, were quite relaxed about the whole thing.. 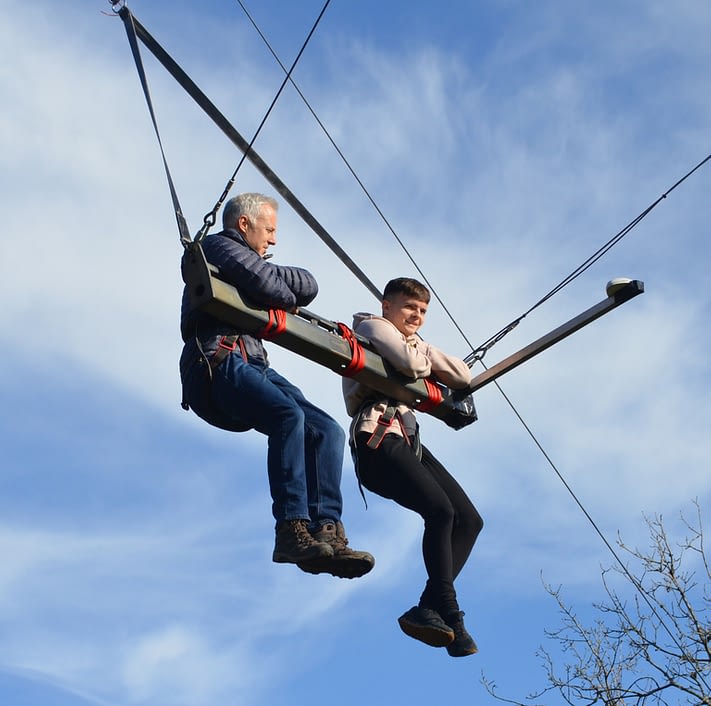 Next up was The Zip – a 490m long, 50m high zip line that traverses the quarry at up to 40mph, giving you just enough time to enjoy some spectacular country views. Far less terrifying than the swing but equally exhilarating, AQ’s zip may no longer be the UK’s longest wire but it’s definitely the most scenic. 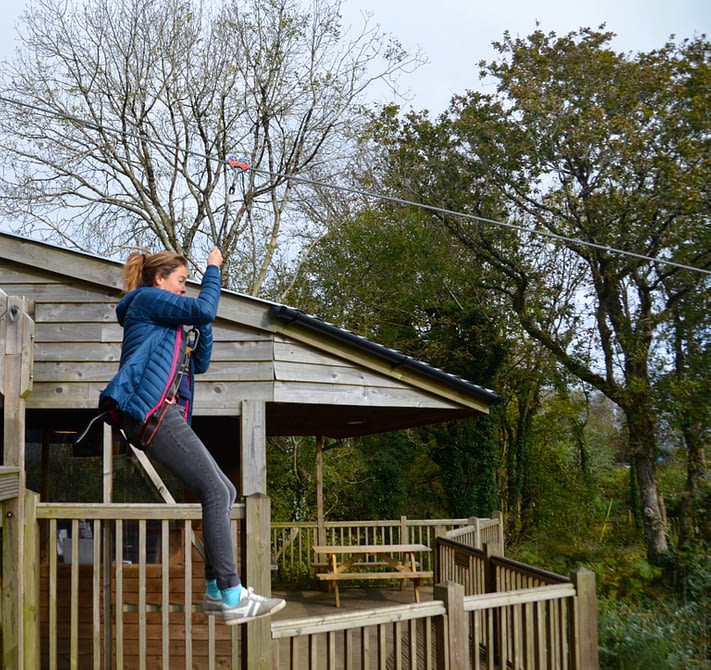 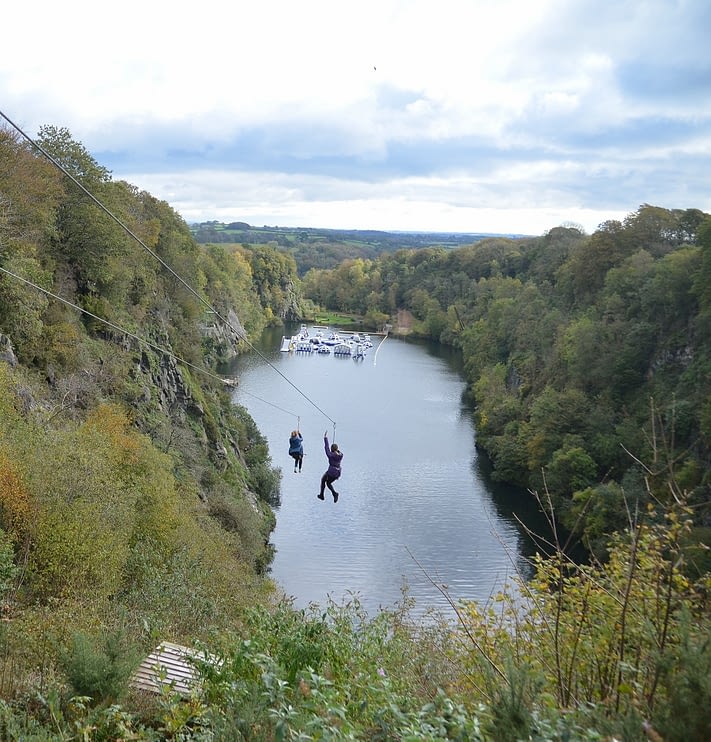 Successfully reaching the bottom without any dropped mobile phones or cardiac arrests, we found ourselves at the Aquapark. The hardier members of our group donned their wetsuits to get wet and wild on the Wipeout-style inflatable playground, while those of us who preferred to stay dry headed back up the hill to the Kartworld track. It’s tough to say who had more fun… 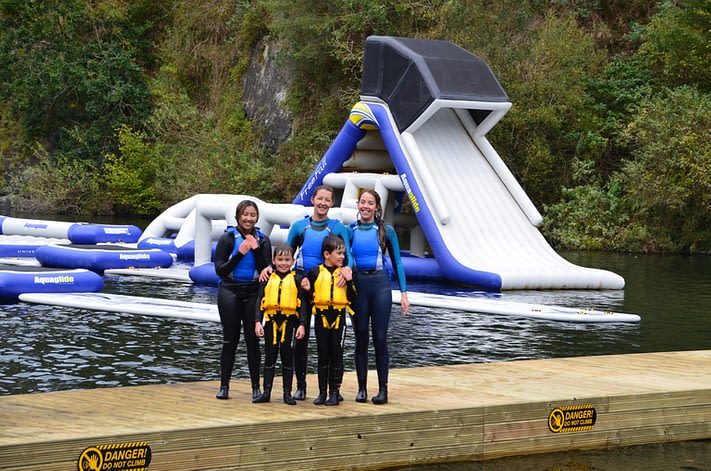 Stewart and Shaun got the best lap times, zipping around the track in an impressive 39 seconds and making the top three times of the day. Nobody veered off the circuit or got a final warning from the marshal, so a big improvement on the last HookedOn go karting experience! 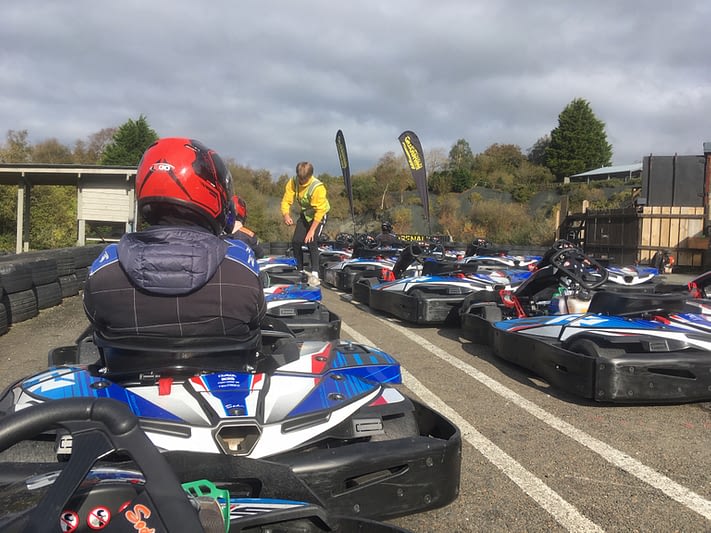 All in all, a fantastic team day out. Many thanks to Adrenalin Quarry for inviting us up and to Stewart and Andrew for letting us all out of the office for the day. 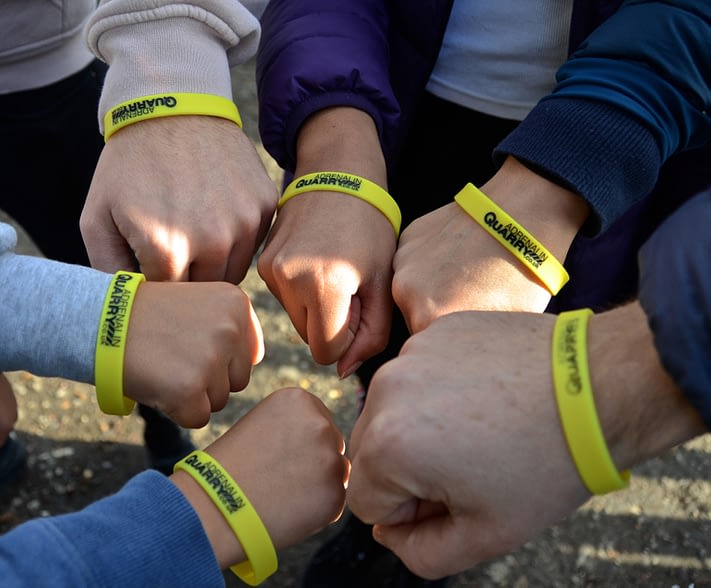