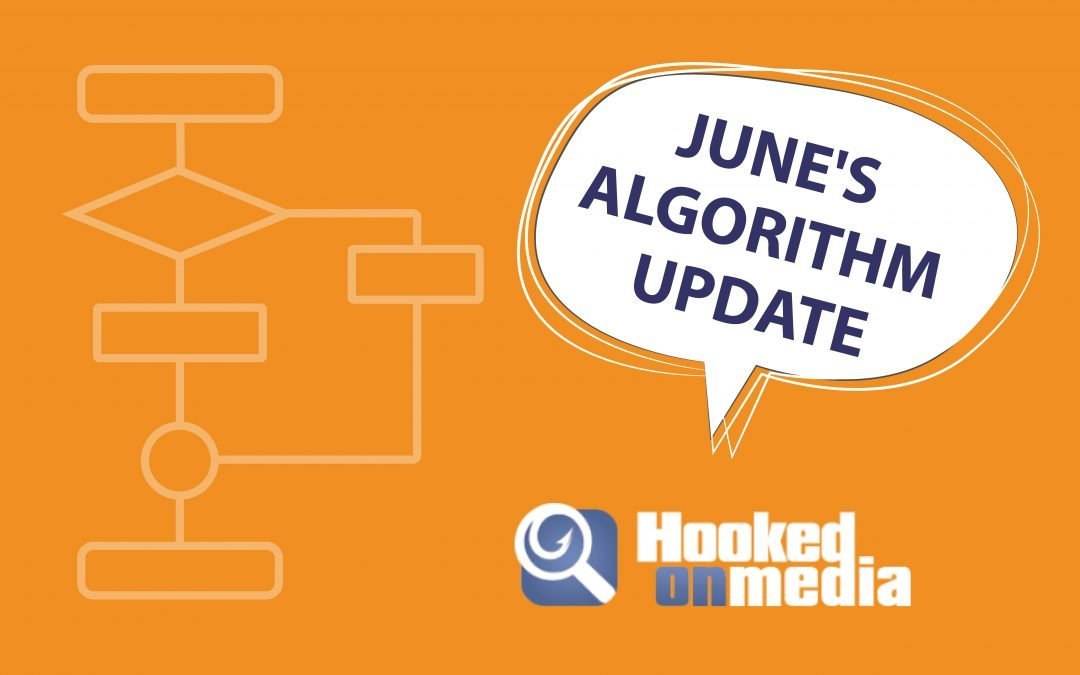 On June 2nd, 2021, Google announced that a broad core algorithm update would be rolled out in two phases. The first one starts on the day of the announcement, and the second one follows close behind sometime in July. This is the first update since December 2020, and according to some SEOs, it is unique mainly because it’s the first time Google has started rolling out two concurrent core updates within a 60-day span.

It’s worth noting that the June 2021 Core Update is different from the Page Experience Update, which is also an algorithm update that’s focused on AMP and Core Web Vitals. We’ve not personally seen the assumed Page Experience Update effects just yet, which tells us that it might not have been launched yet.

As always, Google does not provide us with much context about its update. The only way for us to know what the update is all about is to analyze all the winners and losers. Usually, when an update rolls out, website owners and SEOs (like us) are scrambling to figure out why a website might have shot up or, in many cases, shot down a few pages. In our experience, a well-optimized website will often see a decline in traffic after a Google core update. Which brings us to the point: who does the latest update affect and why?

We’d like to start by stating the obvious (obvious for SEOs that is), which is that thousands of factors influence changes in rankings during the rollout of a core update. That’s why it’s near impossible to isolate what happened or know for sure what Google hopes to achieve with the update.

Also, the June 2021 Core Update isn’t complete just yet as it will be followed up with another in July, and then there is the Page Experience update that’s also expected within the next few weeks. That’s why a lot of data and the findings we’ve discussed in this article may change.

We mainly analyze winners and losers by using the Sistrix Visibility Index Score of the root domain. We ran the analysis first before the update and then as of late (June 15th). The score reflects how well the domain is ranking across over 1 million tracked keywords in the US.

We also collect the category of each domain using Similiarweb. The approach allows us to see if the changes are related to an algorithm update affecting specific niches or everyone. 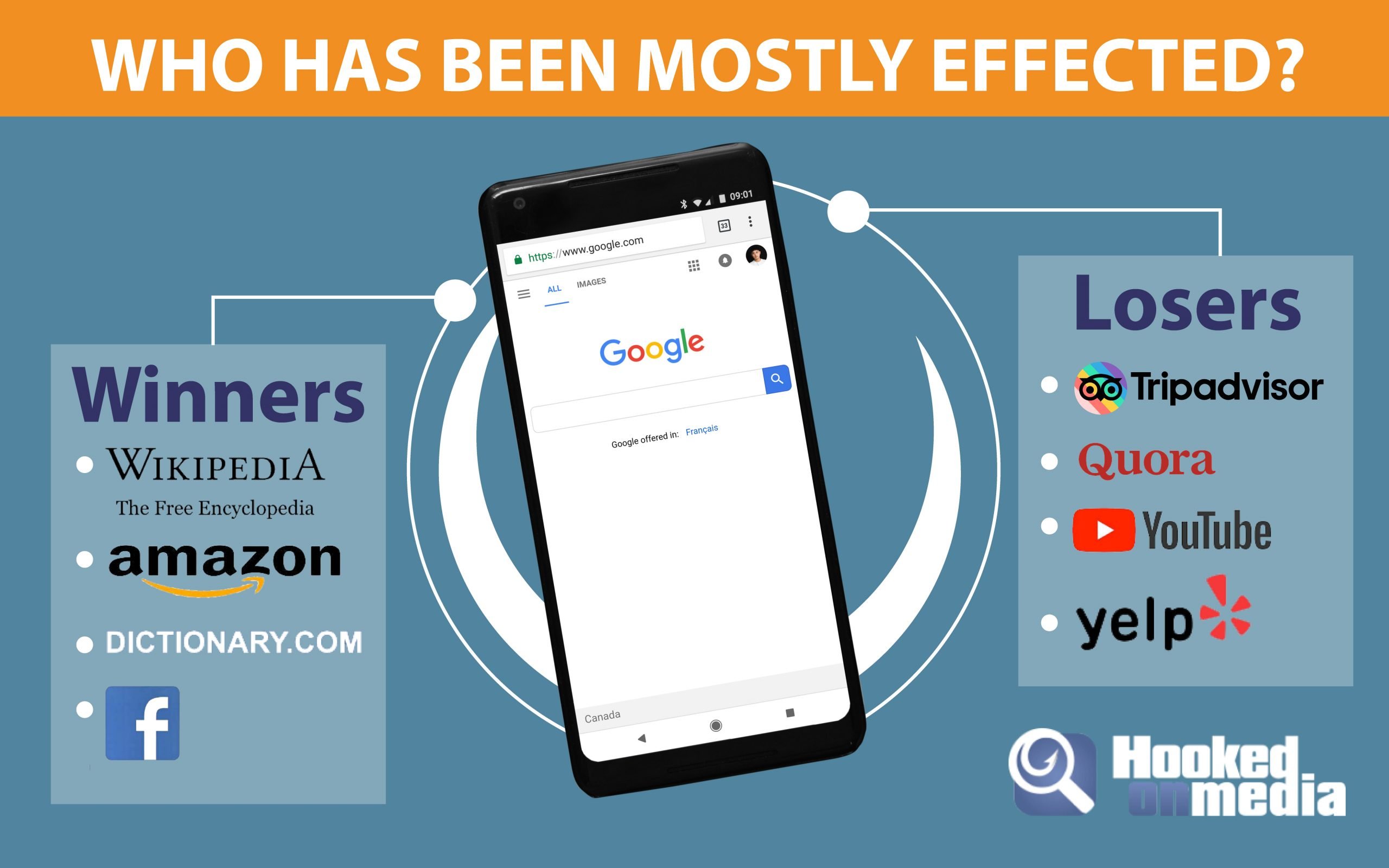 The Most Affected Categories

We found that a few categories experienced a great deal of reshuffling when it came to rankings and consequently, the amount of traffic they received.

The takeaway is that dictionary sites (or reference sites) saw an increase in visibility. The biggest winner is Wikipedia, despite the site seeing a decline in traffic with prior core updates.

The total change in visibility has been positive amongst dictionary sites. It is a strong indication that Google wants most queries to result in dictionary sites being shown.

We did a search for “correctional” and found that the Department of Corrections and Rehabilitation website in many parts of the US was replaced by dictionary.com, ranking no. 1. We believe it is because Google has probably noted that most people searching using the term “correctional” want it defined and not be taken to the department of corrections website. In other words, the intent is the meaning of the word.

Travel sites, on the whole, saw a steep decline in visibility, and that’s partly owing to the decline of TripAdvisor, which lost 75% of its visibility after the update. When we zoomed into checkout the keyword movement, it appears that TripAdvisor saw a decline of some prominent keywords, with the official travel destination’s website taking its place. For instance, when we queried “whitewater rafting,” TripAdvisor was pushed down from 3rd position all the way to page 2.

June 2021, core update appears to have had a significant impact on finance and business websites. Debit.org is the biggest winner, which is interesting, given that its visibility declined massively in late 2020. That’s just one of many instances of finance sites seeing an improvement in their rankings after having previously fallen. Other such sites following the same pattern include livestrong.com and parenting.com.

Several popular User Generated Content sites saw a decline in their rankings and traffic. The biggest losers were Tripadvisor, Quora, Yelp and Reddit.

Affiliate sites (also referred to as ‘product review sites’) were heavily impacted, especially since the launch of Google’s Product Review update. The worst-hit have been witnessed in the consumer electronics and technology niche. In fact, review sites were so strongly impacted by the update that some people assumed that affiliate sites were being targeted in this update, like in the previous one

As we draft this article, the 2021 June Core Update is still being rolled out. The impact we’re seeing is probably not going to change but instead, resonate with other niches over the course of the next few weeks. Google is expected to launch another core update and the Page Experience Update in the next few months, so the performance data we’ve collected will change.

Business owners using an SEO company to rank, and who have experienced a decline in their traffic, should ask the company for similar data for their niche. It isn’t hard to collect but gives you a pretty good idea of what can be expected. However, we’d advise that you wait until the update has completely rolled out (around mid-July) before you start considering damage control. It isn’t uncommon for websites to recover weeks later, especially if they haven’t been engaging in what Google considers blackhat SEO tactics like buying links.